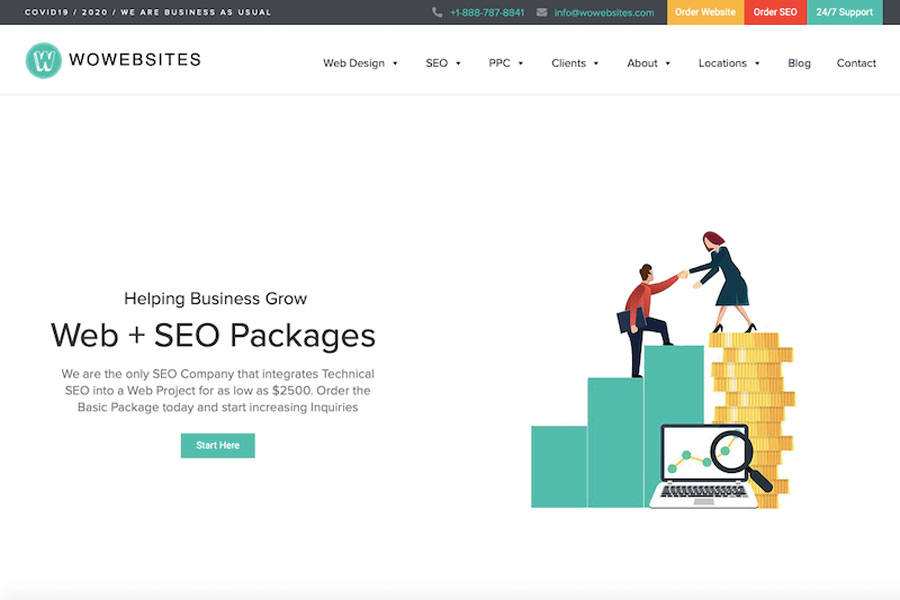 The Misleading Case of Domain Authority

My meeting today was with the owner of a business.  The first and last thing he said to me was, "We are only interested in increasing our domain authority."    This, after me trying to explain that domain authority wasn't a Search Engine Metric and that it was an "old-fashioned way of thinking" -- I also mentioned that they should be more concerned with EAT or Expertise, Authority, and Trust.

I, personally, stopped looking at Domain Authority because I noticed that some websites that had very high DA scores were ranked below our website.   See the below table that shows our DA score and Online Visibility compared to our competitors (selected by Moz.com).  Notice that we have one of the lowest DA scores but our visibility is in double digits compared to competitors who have DA scores that are much higher than ours.

Screenshot of WOWebsites.com DA and Visibility compared to Online Competitors

But please note, I'm not saying that DA is pointless -- far from it.  Having a high DA scores is a good metric that informs me that the website will be able to rank well for keywords that have high keyword difficulty scores.  DA has its uses, but it's only 1 teeny-tiny metric out of over 2,000 metrics that Google uses to gauge and rank a website. So never just want a higher domain authority because that in itself is useless.  Achieving Domain Authority also isn't an overnight job -- it will require a lot of patience and strategic investment in link building and influencers.   A domain will essentially have a high DA score if it has a lot of high quality backlinks from .com, .edu, .gov and even ccTLD sites that are relevant.

My One Case Use of Domain Authority (DA)

I use Domain Authority when providing quotes for an SEO Campaign.  DA, essentially, lets me know what Moz thinks about the backlink profile of the website.  The DA score of a website lets me know that a domain can compete in its industry space. But more importantly, I look at the actual links pointing to the website instead of just the score.  I also put emphasis on Page Authority because Google's SERPS displays a single URL, not the domain -- particularly for long-tail keyword searches (searches that have the highest conversion rates).

I think that a lot of Business Owners, Marketing professionals, and even SEO Professionals (that haven't updated acronyms since 2012) hold on to terminologies such as "Domain Authority" because it helps them grasp one tiny concept of SEO.  Also, Moz is one of the earliest SEO Tools and anyone in Online Marketing started with the concept of Domain Authority.  The problem with holding on to the past is that you are missing out on the bigger context of Search Engine Optimization.  At the end of the day, SEO is about satisfying User Query -- simply  increasing your Domain Authority score will not accomplish that.

Get tips and tricks, current information on how to keep your website updated with Google and Bing’s latest algorithms. Get insights in market data and research and learn how to optimize at your own pace!